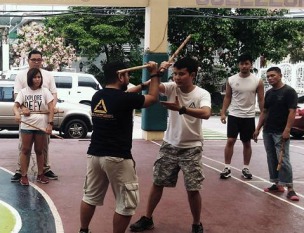 Led by chief instructor, Mandala Patch Caballero. The group was established in May 2011 with the blessing and guidance of Grand Tuhon Leo T. Gaje jr., supreme grandmaster of the Pekiti Tirsia Kali System and Tuhon Rommel Tortal, founder and chairman of Pekiti Tirsia Kali Asia Pacific Confederation. Dedicated in propagating the Filipino fighting system here in the Philippines to fellow Filipinos and to other nations abroad.

"Hangkilan" which means "Ferocious Warrior" in hiligaynon is the name given to the group by Tuhon Nonoy Garrucho in 2011.
In 2015, Hangkilan was made part of the Pekiti Tirsia Tactical Association focusing on the classical Tri V method of training.
Mandala Patch Caballero was also appointed as the PTTA Director for the Philippines. 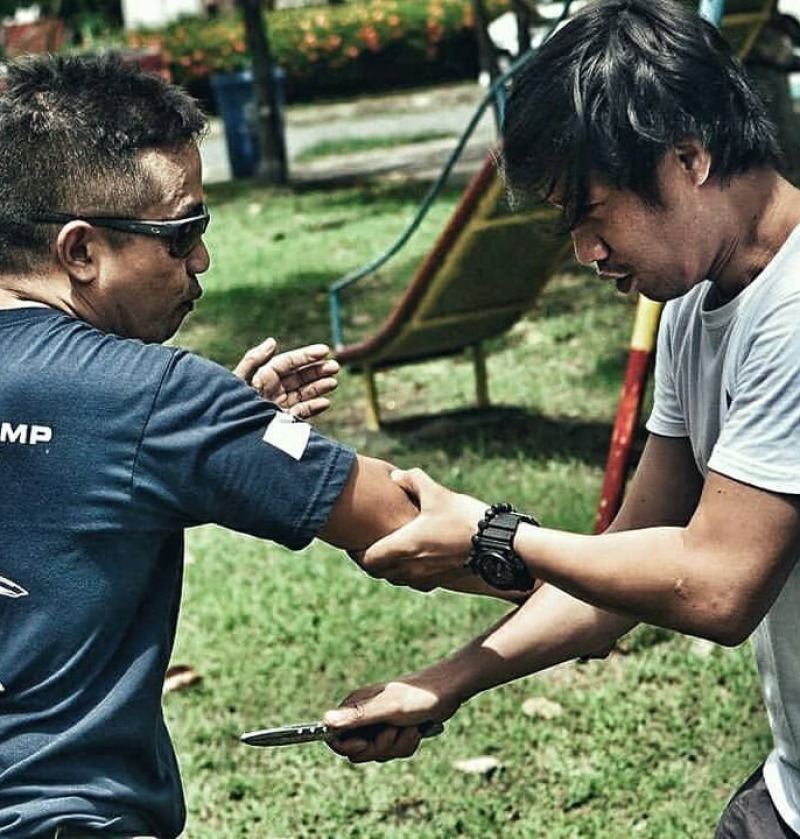 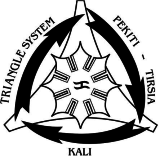 Founded in 1897 and is the system of the Tortal family. The sole heir and guardian of this system is Leo Tortal Gaje, Jr. who is referred to as the Grand Tuhon. Pekiti-Tirsia is strictly a combat-oriented system, as opposed to sport-focused, style. It is a fighting system that focuses on the knife and machete/sword for killing and has been adopted by elite Philippine military and law enforcement units.

The system is well known and used in many law enforcement and military units around the world. Grand Tuhon Leo Gaje served as the National Training Director for the Justice System Training Association and the United States Police Defensive Tactics Training Association; He developed the Safety Baton System and Edged Weapon Awareness/Strategic Knife Defense programs that has been proven effective and still being used to this date as training programs for agencies and units in the US and othercountries. He was also the Technical Advisor in the most used training video for edgedweapon strategy and tactics "Surviving Edged Weapons".
Pekiti Tirsia is the only Kali system recognized by the Philippine government used to train Force Recon Marine Battalions of the Armed Forces of the Philippines and the Special Action Force (SAF) contingent of the Philippine National Police.

Kali has also grown popular in the western movie industry for having a more practical fight application and movements compared to others. It has been featured in a number of movies like the Bourne series, Book of Eli, Mission Impossible III, Repo Men, Taken, James Bond Quantum of Solace and a lot more. 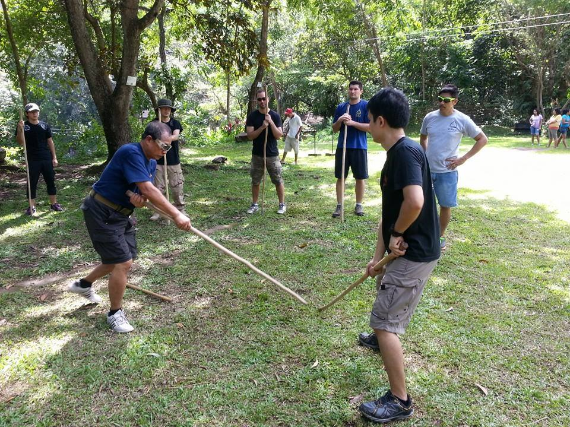